A composer, violinist and improviser, Malcolm Goldstein has been active in the presentation of new music and dance since the early 1960s, when he participated in the Tone Roads Ensemble, Judson Dance Theater and Experimental Intermedia Foundation in New York City. Though trained as a classical violinist, his music became focused on open improvisation (Soundings received acclaim for having “re-invented violin playing”) and structured improvisation-composition. Numerous composers — as diverse as John Cage and Ornette Coleman — have written music for him. Since the late 1970s he has toured extensively throughout North America, Europe and Japan, where he has presented concerts of his music at several New Music America festivals, the Acustica International Festival (West German Radio, Cologne), and as director of the Ensemble for New Music of the Frankfurt Hessischer Rundfunk. 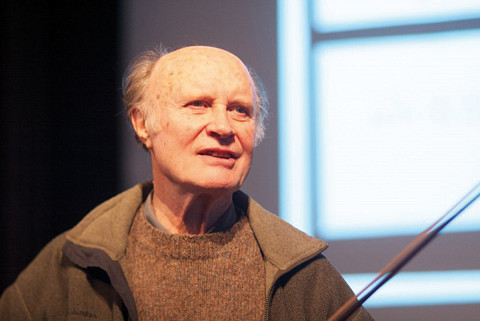